Blake taught Arthur more about the inequities of life than any of his classes at Western or Northwestern ever could. Blake always approached his conversations about bias, racism, and discrimination with humor, humility, and love. He helped Arthur recognize and confront his own subconscious bias, which led to Arthur becoming a Race and Public Policy discussion leader under Dr. Vernon Johnson. As a discussion leader, Arthur strove to help other students break down the laziness of stereotyping and discrimination, and commit themselves to taking the time to understand people as they are, not to assume things based on how they look. The empathy Arthur developed working with Blake is something he employs with all of his students. 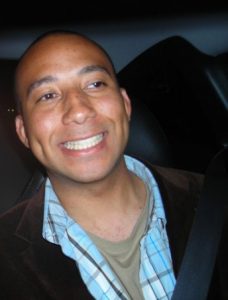 Friends of Blake would often joke that you could hear Blake coming long before you could see him, because of his enormous, side-splitting laugh. Of course, the moment you saw him he would always be sporting his ear-to-ear grin, as well. He was a beacon of light in this world who unquestionably left it a better place than he found it. His memory lives on in the Learning Professional’s work with the Rainier Athletes community and in the hearts of all those who had the honor of knowing him.

Sadly, a few years after graduating from Western, Blake took his own life. The reasons are still unclear, but it is obvious he was struggling with something he didn’t feel he could share with those who cared about him most. When Arthur learned of his passing it inspired him to get involved in social-emotional wellness, particularly for students. He spoke on KUOW with his younger brother, Galen, about an event from their own lives, as well as King 5 News here in Seattle. He also performed a spoken word piece, in New York through the JED Foundation, on his experience, and worked with MOD Pizza to bring light to suicide and social-emotional well being. Ultimately he started the Leslie Deming & Blake King Tutoring Scholarship to help raise awareness around social-emotional health as well as provide tutoring for under served students in Blake’s hometown of Bellevue, Washington.