I graduated Edmonds-Woodway high school with a 2.99 GPA. I took a gap year after high school only because I didn’t want to hand write all of my college applications. The entirety of my college research amounted to identifying two schools that friends of mine were attending, Western Washington University and Willamette University. I applied and got into both of them. Since Western was a state school, my parents gave me some pretty sweet incentives to go there. My first quarter at Western, even after feeling very motivated, by the simple jobs I had been working, to get a college degree, I earned a 1.6 GPA and was put on academic probation. And I nearly failed out. 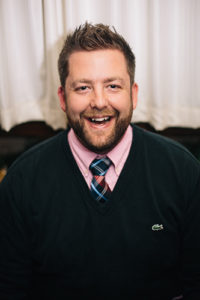 Luckily for me, after that first quarter, I grew up, refocused myself, and earned a 3.0 GPA. From that quarter on, my GPA just kept climbing and before I knew it I was graduating with a 3.8 GPA in my major, a degree in Economics, Political Science, and Philosophy (with nearly a minor in Mathematics) and was heading off to Northwestern University School of Law, a top ten school (thanks in no small part to my top 1.8% LSAT score, which I earned from laborious amounts of studying). While at Northwestern I continued to thrive and my last year there earned higher than a 4.0 GPA, while also receiving the Thomas Geraghty leadership award and working on a national case that led to me giving lectures at the University of Washington, Stanford Law School, University of Washington Law School, and other institutions.

But, despite my success in the legal arena, I soon realized law wasn’t for me. In college, my roommate had encouraged me to apply to work at our on-campus tutorial center and I ended up working there every year I was at Western. I can still vividly recall two things about my time there.

1) The first question I was ever asked as a tutor. It was a simple math problem involving factoring, but I (having been out of school and math classes for so long) had completely forgotten how to do it. I had to call my roommate over to assist me. Excellent first start!

2) The moment I realized how powerful tutoring can be. A student I had been working with for a week prepping for his test came back in to show me how he did. He dug through his bag and found his test and triumphantly showed me the big, red 97/100 on the front. I had never seen anyone be as proud of themselves as he was that day. And he said to me “Look! Look what you did!”. I laughed and said, “Look what YOU did! I didn’t do anything! You put in all the hard work!”

The truth is I didn’t get it in high school. My path was unnecessarily difficult and impressively poorly planned. It took me until part-way through my freshman year in college to realize I could do a whole heck of a lot better than I was. But, now I get to relive my life story as a cautionary tale for our students.

My job as a tutor and as the head of our tutoring group is to help students find those things I was lacking in high school: maturity, a passion for learning, and a desire to reach their full potential. Having been successful, despite my face-palmingly late development as a student, I see my role in our students’ lives as helping them avoid some of the missteps I made, all while encouraging them to find the balance necessary to lead a positive, productive, and fulfilling life.

And that’s what Learning Professionals is all about: the belief that all students can reach their full potential, find their path (as meandering as it may be), and build for themselves a life of meaning, happiness, and success. We are just here to help them along the way.

So, contact us today to learn more about our great work.